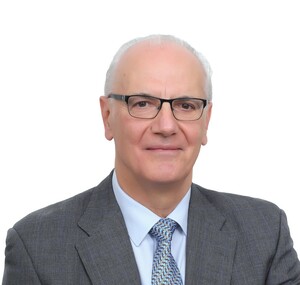 Spiros Paolinelis founder AMNIS Learning & Growth Creativity is ranked third among the “skills for the future”most desired by employers, right after Complex Problem Solving and Critical Thinking (surveys by World Economic Forum and Institute For The Future). What is creativity though? And why is it so important? Creativity is the generation of a novel and useful concept or idea. Innovation is about bringing the idea to the market – which is the desired outcome. So, creativity is the mandatory prerequisite for innovation and although so desirable, itis surrounded by several myths. Myth No 1: Creativity is a gift, which you either have or not. So, if you “don’t have it”,no need to try. This mindset prevents the development of individuals and groups and ultimately impedes progress. But the generally accepted fact is that creativity is a skill, which can be developed and nurtured. That’s why WEF and IFTF rank it among the most desirable skills. The issue for employers, then, is how to create an environment where employees decide to demonstrate and nurture their innate creativity. One prerequisite is employees’ engagement, i.e. the employees being enthusiastic and involved in their job.But engagement is not enough. To be creative, people need tools. It has been estimated that toddlers use about 95% of their innate creativity. Among adults, however, the rate is around only 5%. Adults have their minds conditioned; they have perceptions about what is right or wrong, what works and what doesn’t, what is logical or not, etc. We tend to use serial thinking, think in ways consistent with what we already know. Logic after all is about using existing knowledge to generate new knowledge. This way of thinking helps us deal with our routine, daily challengesand it is great… except when we want to be creative, to generate a novel idea! What is new cannot be anchored to the old. That’s why we need thinking tools such as the Lateral Thinking tools and theSix Thinking Hats® by the pioneer of creative thinking Dr Edward de Bono. Myth No 2: The biggest problem is finding new and useful ideas. The fact is that the biggest problem is choosing the right ideas, that is, those that will succeed when we bring them to the market. The problem here is that those who generated the novel idea tend to overestimateits usefulness and chances of being accepted in the market. It’s natural, it’s their idea after all! To select the right idea, a thinking process is needed, through which they will state how they feel about the idea and thus take the first step to protect themselvesfrom the influence of these emotions on their thinking process. This will clear the way for the next steps: Listing the benefits and advantages of each idea; then the problems and risks in its implementation; then ways to keep the benefits and avoid the problems, etc. All this requires disciplined thinking and a methodology such as that of The Six Thinking Hats®.This way, they will come up with some new ideas which are useful and have no insurmountable implementation problems. That is, they will be ready for a pilot application. Myth No 3: The quality of creative work is incompatible with quantity. That is, we should do less and more focused creative work. Research showsthat in reality, when it comes to ideasgeneration, quantity is the most predictable path to quality (Adam Grant: Originals – How Non-Conformists Change The World).From Van Beethoven and Thomas Edison to modern investors and inventors, their best “products” and ideas are found among far more mediocre or bad ones! The lesson here is that we need make creativity, the generation of novel and useful ideas, part of our everyday life, the more ideas, the better. But to do this, it is imperative to create a work environment where employees will commit to becoming creative for the good of the organization and to be equipped with the skills and tools required to do so.
Share
0
0

This website uses cookies to improve your experience while you navigate through the website. Out of these, the cookies that are categorized as necessary are stored on your browser as they are essential for the working of basic functionalities of the website. We also use third-party cookies that help us analyze and understand how you use this website. These cookies will be stored in your browser only with your consent. You also have the option to opt-out of these cookies. But opting out of some of these cookies may affect your browsing experience.
Necessary Always Enabled
Necessary cookies are absolutely essential for the website to function properly. These cookies ensure basic functionalities and security features of the website, anonymously.
Functional
Functional cookies help to perform certain functionalities like sharing the content of the website on social media platforms, collect feedbacks, and other third-party features.
Performance
Performance cookies are used to understand and analyze the key performance indexes of the website which helps in delivering a better user experience for the visitors.
Analytics
Analytical cookies are used to understand how visitors interact with the website. These cookies help provide information on metrics the number of visitors, bounce rate, traffic source, etc.
Advertisement
Advertisement cookies are used to provide visitors with relevant ads and marketing campaigns. These cookies track visitors across websites and collect information to provide customized ads.
Others
Other uncategorized cookies are those that are being analyzed and have not been classified into a category as yet.
SAVE & ACCEPT